It was supposed to be a routine campaign stop. In a poor section of Indianapolis, 40 years ago Friday, a largely black crowd had waited an hour to hear the presidential candidate speak. The candidate, Sen. Robert F. Kennedy, had been warned not to go by the city’s police chief.

Staff members scrambled to cancel the event. Ghettos were sure to explode in violence across Indianapolis and America. But when Kennedy chose to ignore the warnings, the Indianapolis Chief of Police weighed in.

His men could not provide protection. It was simply too dangerous.

As his car entered the neighborhood, his police escort left him. Once there, he stood in the back of a flatbed truck. He turned to an aide and asked, “Do they know about Martin Luther King?”

They didn’t, and it was left to Kennedy to tell them that King had been shot and killed that night in Memphis, Tenn. The crowd gasped in horror.

Kennedy spoke of King’s dedication to “love and to justice between fellow human beings,” adding that “he died in the cause of that effort.”

So Bobby Kennedy went in alone that night to deliver the greatest speech of his life.

He told that broken crowd of Americans how it was not the time to embrace violence but rather to live the very values for which Martin Luther King had died.

“For those of you who are black—considering the evidence there evidently is that there were white people who were responsible–you can be filled with bitterness, with hatred, and a desire for revenge. We can move in that direction as a country, in great polarization–black people amongst black, white people amongst white, filled with hatred toward one another. Or we can make an effort, as Martin Luther King did, to understand and to comprehend, and to replace that violence, that stain of bloodshed that has spread across our land, with an effort to understand compassion and love.

“For those of you who are black and are tempted to be filled with hatred and distrust at the injustice of such an act, against all white people, I can only say that I can also feel in my own heart the same kind of feeling. I had a member of my family killed, but he was killed by a white man. But we have to make an effort in the United States, we have to make an effort to understand, to go beyond these rather difficult times.

“My favorite poet was Aeschylus. He wrote: “In our sleep, pain which cannot forget falls drop by drop upon the heart until, in our own despair, against our will, comes wisdom through the awful grace of God.”

“So I shall ask you tonight to return home, to say a prayer for the family of Martin Luther King, that’s true, but more importantly to say a prayer for our own country, which all of us love–a prayer for understanding and that compassion of which I spoke. We can do well in this country. We will have difficult times; we’ve had difficult times in the past; we will have difficult times in the future. It is not the end of violence; it is not the end of lawlessness; it is not the end of disorder. But the vast majority of white people and the vast majority of black people in this country want to live together, want to improve the quality of our life, and want justice for all human beings who abide in our land. 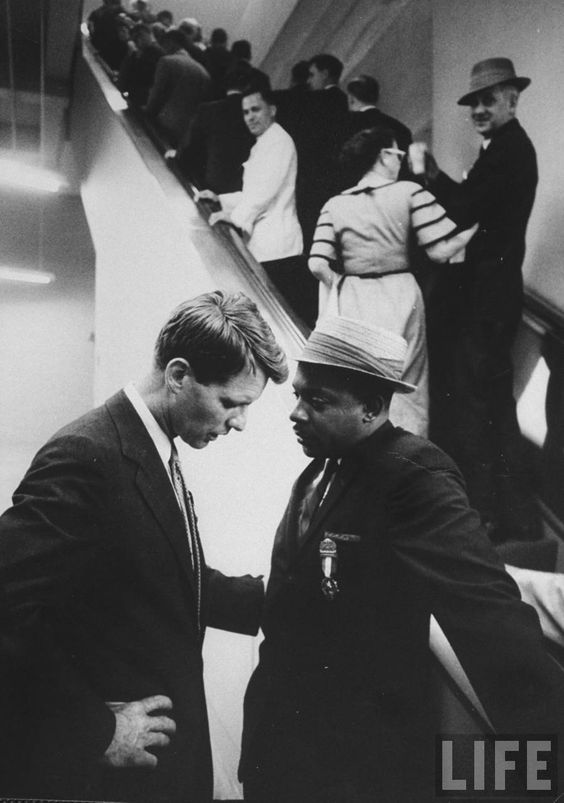